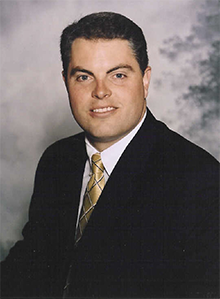 Early in his career, Mr. Capron discovered a "knack" for trial work. Rejecting much of the advice of the so called "experts," Mr. Capron opted for, what he considers, a more honest and candid approach to trial work. "First you have to recognize that jurors are just people. If you can talk to them like people and stop trying to trick them with the latest trial gimmick, you are two steps ahead of the game."

This approach to trial work has proven to be very successful. Mr. Capron has achieved substantial success in both defending and prosecuting a variety of cases.

Mr. Capron has published articles and taught seminars on a variety of topics involving nursing home litigation, tort reform, insurance bad faith, and pharmaceutical manufacturer liability. Mr.. Capron has a broad civil practice which includes personal involvement at all stages of the case from first contact through the appeal process. 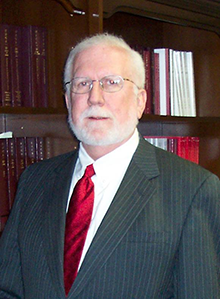 Prior to forming Capron & Edwards in 2005, Mr. Edwards was the managing attorney for the eastern half of Oklahoma for USF&G Insurance Company. During his tenure as a managing attorney, he handled over 800 active cases through jury trial and/or settlement. He was recognized for excellence in fraud investigation and discovery of questionable claims.

Mr. Edwards passed away in February of 2016. His presence is sadly missed, but his legacy of hard work, and his standards for the highest level of legal practice, continue to be maintained by the firm he helped form.

Few everyday occurrences can so dramatically and tragically affect ordinary people as trucking collisions. As do law enforcement agencies, at Capron & Edwards law offices of Tulsa, Oklahoma, we avoid the designation of a trucking "collision" as a trucking "accident" because "accident" implies unavoidability or a lack of culpability.

Whether the product at issue is a pharmaceutical product, industrial product, household product, business product, or other product, the law imposes an onerous burden on its manufacturers and distributors.

Civil rights violations and discrimination entail a variety of causes of legal action which range from excessive force, wrongful arrest, and other matters involving police misconduct, to employment and other forms of discrimination, to infringement upon rights to free speech and association.

Catastrophic injuries and wrongful death can occur from a number of causes, including trucking "accidents", propane explosions and other fires, extreme negligence or recklessness, or any dangerous activity.